How to Stay Competitive in the Finance Market 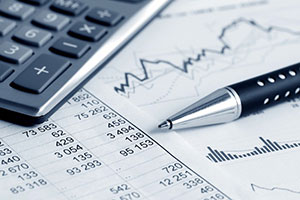 This Concentration (Banking and Finance) is designed to meet the growing need for professionals in the financial services industry. The main goal of this Concentration is to develop high-quality finance professionals equipped with technical and managerial competence with the global mindset by them. The focus of this degree discipline is to develop a comprehensive and integrated approach to management in the banking and financial services sector mainly in corporate finance investment, insurance, risk management, personal financial planning, and the latest financial applications. Moreover, students will learn how to utilize their theoretical knowledge and apply it successfully and ethically in both commercial and public institutions

Class topics in banking are likely to include:

The Evolution of Banking over Time

Banks were well established in the British Empire when Adam Smith came in 1776. The banking system evolved from the old analog system to the digital one. The critical evolvement of banks, however, is positioned around the Renaissance era 14th to the 17th century when financial institutions flourished in Europe. Since then, banks have been going up and down and most probably will continue to be. Before the use of money, we see it today, grain and cattle were a means of business exchange until late in the 20th century.  Then, banks and merchants started exchanging printed cash for money with a calculated amount of interest.

Banks in 1914, offered services to customers such as: 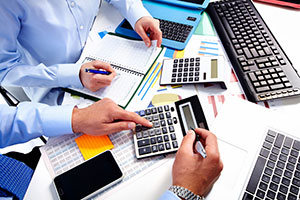 The 21-century banks relied entirely on the use of modern technology when banks in the 20th century were more about the use of the old anlage system.

Vibrant, completive, and dynamic industry environment, which makes it promising for young, creative, and aspiring graduates.

Financially rewarding. You should not be surprised to know that the financial services sectors offer lucrative compensation salary packages.

Variety of Career Opportunities, since the finance industry is growing very fast, this also means a variety of job opportunities are increasing as well.

Intellectually stimulating work environment. Whether you are creating solutions to mitigate risk, or forecasting capital needs of an institution to provide the most effective financing structure, you will find yourself learning.

Why choose Al Dar University for this Major? 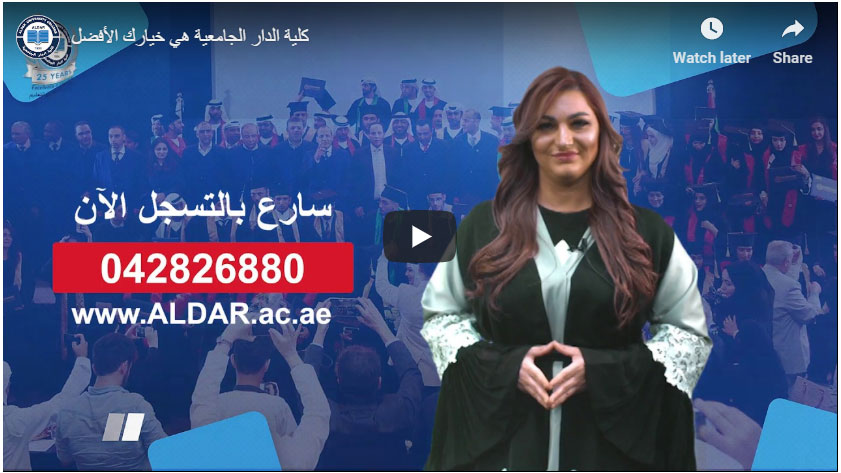 Banking and finance are a unique and specialized option for those interested in the state of the market, banking, and asset management. It covers topics such as risk analysis and management, trading in commodity markets, and in-depth alternative investments.

Varieties of careers are available to graduates of this program, depending on their area of interest in the banking industry. Possible jobs include:

Al Dar University College is proudly committed to helping its students and graduates enhance their careers and personal improvement through perusing their studies.

Our library provides an extensive range of books and periodicals that deal with areas such as Business, Finance, Human Resources, Marketing, Management, and many more.

The UAE Leads the Arab World in Digital Marketing Science